This is our new site – we're still working on it.

Help us improve it.Go back to EMF.ORG

To fulfil the Paris Agreement we need a circular economy

n the five years since the Paris Agreement was adopted, commitments have been made to significantly reduce greenhouse gas emissions from energy. But this is only part of the equation.

To achieve net-zero by 2050, we need to address the way we make and use products, materials, and food. We need a circular economy.

Five years ago, the world’s nations gathered in Le Bourget, near Paris, to discuss, draft, and adopt what has since become known as the Paris Agreement. The document, which has been signed by 196 countries to date, became the first global consensus on the need to address the devastating impacts of climate change. It commits its signatories to containing global warming to well below 2 degrees Celsius, a feat that requires tremendous collaboration.

So where are we now, five years down the line?

Some 192 countries around the world, the emitters of 96% of the global greenhouse gas emissions, have submitted plans (called nationally determined contributions or NDCs) to reduce their emissions. Meanwhile, as the evidence of the cost of inaction mounts, local governments, businesses, and the financial sector are also mobilising. In less than a year, and despite the Covid-19 pandemic, the number of net-zero pledges from cities, regions, and companies roughly doubled to more than 2,500 by October 2020.

In the second half of 2020 alone, China pledged to go net zero by 2060 and to put its emissions on a downward trend starting in 2030; the incoming Biden administration vowed to bring the US back to the Paris Agreement; the EU has continued to make progress towards passing its first-ever European Climate Law, which will make climate neutrality by 2050 mandatory across the bloc; and the UK Government recently vowed to cut emissions by 68% by 2030, compared to 1990 levels.

Global trends analysis shows dramatic increases in the production of renewable energy, in particular wind and solar energy, an increased uptake in energy efficiency in buildings and industry, and in the number of electric vehicles; with carbon capture, storage and utilisation, and green hydrogen being touted as the technologies that will help offset the industrial emissions that the other measures cannot tackle.

It all sounds positive, but while the groundwork for a net zero emissions future has been laid, the level of greenhouse gases in the atmosphere continues to increase. Before the government-imposed lockdowns of 2020, the amount of CO2 in the atmosphere was the highest it had been in over 800,000 years. We have already exceeded the threshold of 1 degree Celsius global warming compared to pre-industrial levels, which has brought about increasingly frequent extreme weather events that are wreaking havoc in communities and ecosystems the world over. Putting the recent climate plans and pledges into action is a matter of utmost urgency.

Importantly, most of these plans and pledges have focused on reducing the emissions from energy, but have largely ignored an important part of the equation: the emissions stemming from the production and consumption of goods and food.

With existing technology, and that expected to be scalable by 2050, an optimal uptake of renewable energy and energy efficiency will address 55% of today’s global greenhouse gas emissions — those from energy supply systems, energy consumption in buildings, and transport. The remaining emissions come from the way we make, use, and dispose of products, materials, and food; they are from industry, agriculture, and land use. Certain processes within these sectors are particularly powerful hotspots of greenhouse gas emissions: chemical processes to manufacture cement; high-heat processes like metal smelting; landfilling; incineration; deforestation; and land use change and agriculture. Tackling this remaining 45% of emissions requires a revision of how we design, make, and use products and materials, and the way we use land.

The maturity of the conversation around renewable energy and energy efficiency isn’t matched in these other areas — and that is a missed opportunity for governments and businesses alike to address climate change. We need to address all sources of greenhouse gas emissions, which is where the circular economy comes in. Applying circular economy strategies for the five most common materials in our economy — cement, aluminium, steel, plastics, and food — can eliminate almost half of the remaining emissions from the production of goods, or 9.3 billion tonnes of CO2e by 2050, equivalent to all current global emissions from transport. The pledges and progress being made at the moment present an opportunity to embed circular economy principles into climate action plans and thus complete the picture.

The circular economy offers an attractive path forward since it creates value and growth in ways that benefit customers, businesses, society, and the environment. It is a systems solution framework with three principles, driven by design and innovation: eliminate waste and pollution, keep products and materials in use, and regenerate natural systems.

For example, keeping construction materials in use can significantly reduce the climate impact of this sector. The processing of recycled aggregates, for example, generates 40% less greenhouse gas emissions than that of virgin aggregates. In the transport sector, multimodal mobility systems, if also designed for durability, reduce global CO2 emissions by 70% or 0.4 billion tonnes of CO2 in 2040. In the food system, applying circular economy principles could reduce annual greenhouse gas emissions by 4.3 billion tonnes of CO2 equivalent, comparable to taking nearly all the 1 billion cars in the world off the road permanently.

Now could be a crucial moment to embed circular economy principles in government NDCs. Because of the pandemic, the role of governments and public bodies has grown at an unprecedented rate — at least in times of peace. The sheer scale of government spending and the visibility of the state in taking control of many aspects of public life could result in broader public acceptance of government intervention. Coupled with an increased public awareness of the threat of climate change, the result may be governments having both the power and the political will to dramatically shift our global trajectory on climate.

This could mean that international accords like the Paris Agreement hold more weight than ever before. Therefore, in order to tackle climate change in a holistic way and act not only on the energy transition and efficiency side, but to look at the whole spectrum of emissions, it is time to put the circular economy at the heart of the efforts to mitigate climate change.

The five-year anniversary of the Paris Climate Agreement couldn’t come at a more pivotal point. With Covid-19 vaccines being rolled out, and nations around the world clamouring to recover from the pandemic’s economic shock, the time is ripe for a system rethink. The old ways of doing business — that rely on extraction, waste, pollution, and habitat loss — have had their time. Can the shift to a net zero emission circular economy, which has steadily been building momentum in recent years, be accelerated into a full-blown system overhaul? With the reset button firmly pushed on the global economy, now could be our chance to turn things around, to lay the foundations for a new and better system that can work in the long term. 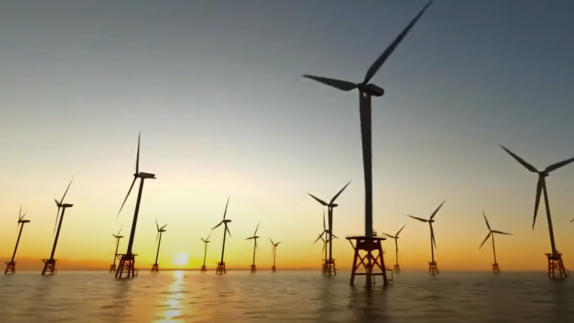 How to Convince Policymakers to Transform Your City

How do you convince work colleagues that your bright idea isn’t just another burden to their... 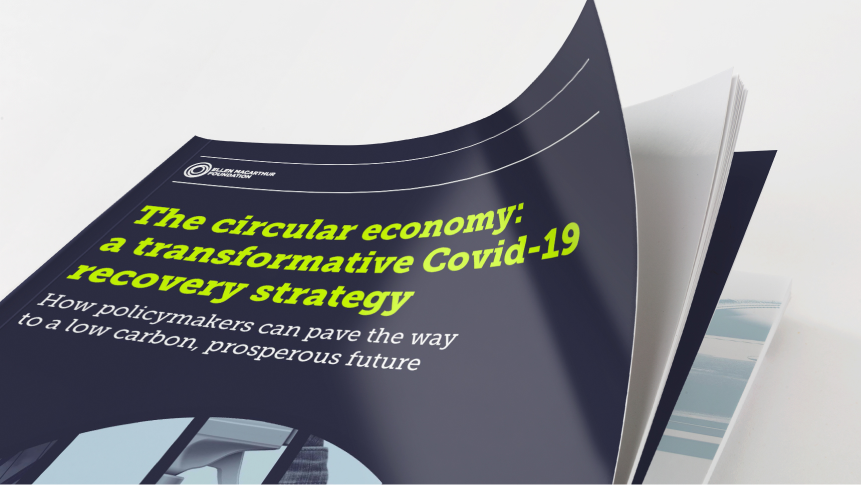